Oh my. Twitter is actually dying. I never thought I'd see that. But the Muskrat, Musty Moldy Musk, Elon Man-Baby, is actively trying to kill it.

I've been on Twitter since May of 2011, roughly eleven years, and I found it a good way to connect with other writers of all sorts of genres, political strategists, or that guy who posts foxes on the hour, every hour. It was a way to post about my books, new, old, upcoming in a quick and easy format. Would a lot of people see it? Maybe, but the idea was it potentially could be seen by a lot of people.

I could also follow celebrities if I so chose and they'd never know I was there, but it was a fun way to be connected without it costing either of us anything.

The Muskrat wants to put everything behind a paywall because he made a really bad business decision (something he's known for) and he's not making money. People are leaving, he says he'll only show the feed of verified check marks, but he's removing the legacy checkmarks (those who were truly verified before he took over). So the only ones who have the check marks are those who have paid, but haven't been vetted. Good plan. /sarcasm

The thing is, the whole reason Twitter was valuable was because of us peons, the ones who came to set up a social media network, make friends, read news, and by default, see the advertising the big companies put out there. We are the products of Twitter, and the whole reason companies advertise there, and Twitter makes money. By making us pay to be there or hiding our tweets unless we pay him to tweet, he'll drive away the products and then the advertisers.

Yup the first thing was Muskrat buying it and then firing everyone. Then losing all their products (users). Well done, idiot.

A link to the article where the Muskrat is suddenly getting this though not getting it: Musk Kills Twitter

The big realization for those of us who are small creators of art, music, books, and such is it might just die and there won't be a reason to be there. But we don't want to lose our followers, friends, and colleagues. We LOVED our communities on Twitter, #WritingCommunity #FlashFiction, #OpenSim #SecondLife are just a few that we've lost at other social networks.

I'm not going to pay to be a product at Twitter. It's not worth it to me. So the Nookettes decided it would be a good time to tell everyone where else they could find us. So over the next week, the Nookettes will be posting links to places where you can find us that are not Twitter just in case the place implodes and the Muskrat hides our tweets. 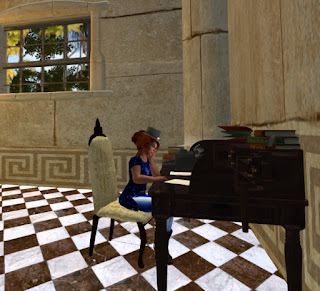 So here's the schedule and this is like a Writer Lift. We all post the featured locations of where we can be found (our direct link to those sites) on those days and follow those who post. That way we can get our followers to find us when Twitter disintegrates. 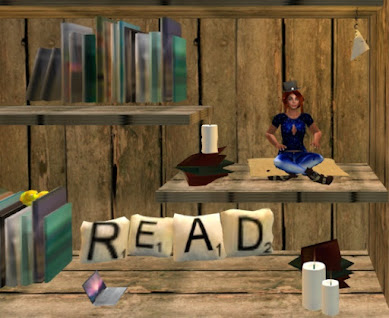 Remember, post the places where you can be found and follow the ones of people you know. The idea is to make sure we can still get in contact with each other as things develop or disintegrate on Twitter.

Honestly, you won't go wrong with just following blogs because they've survived the Prudifying of Tumblr, the Dismantling of Google+, and the Algorithm Throttling of Facebook. They'll survive the Great Twitter Migration, too. Yes, those places were great because you didn't have to look hard for anyone. But if you've known people for a while, you know their blogs and you can still find them, even when the big social media sites take a nosedive.

So follow us at Twitter for now to get the scoop on where we'll be when the site crashes, and happy creating!